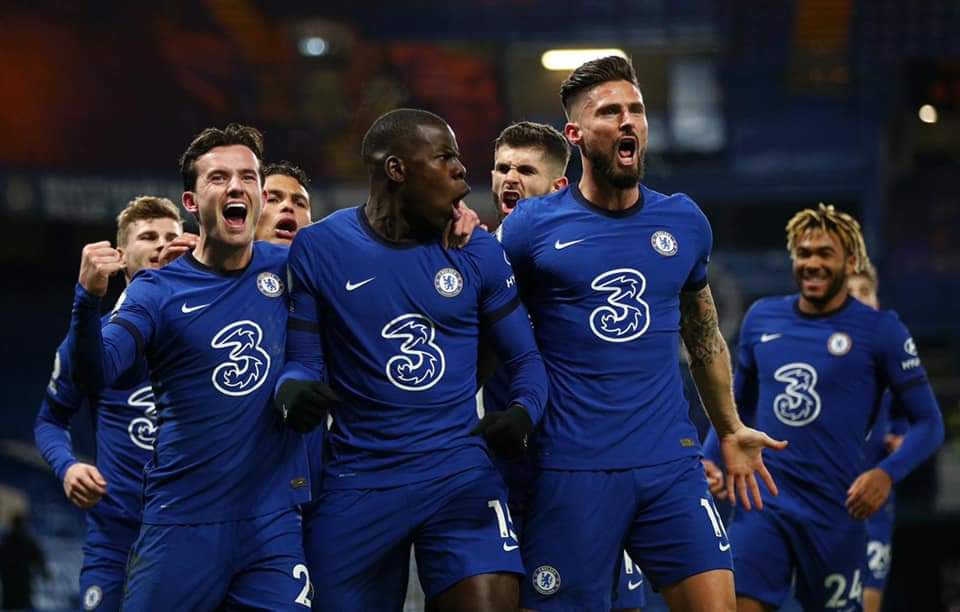 After Going goal down early Chelsea fight back and took 3 point to go on the top of the table.

Mateo Kovačić also played amazing in midfield after coming on at 2nd half for Kai havertz . Kova looks good this season .

Chelsea, who welcomed 2,000 fans back to Stamford Bridge after coronavirus restrictions were eased, went ahead as Zouma headed in from Mason Mount’s corner.

9 changes from the last Sunday drew against Spurs only Kovacic and Mendy . Looks like Giroud will start next Saturday against Leeds United

Football is not same without fans in stadium this week we might see some fan at stadium .

What a statement from chelsea. 4goals from Chelsea last person to score 4 goals was lampard back in 2010 against Villa .

“Everyone loves Olivier Giroud,” Jorginho said before this game and they were even more enamoured of him by the end of it. The man who scored the last-minute winner at Rennes last week got four more goals in Spain. Two delicate, classy finishes were followed by a superb header that completed a hat-trick, and then he scored a late penalty before being taken off to applause echoing around the stadium.

Lampard’s men are also safely through to the Champions League knockout stages, but will look to secure top spot in Group E when they take in a trip to Sevilla on Wednesday night.

Ahead of that encounter, Cole has expressed his belief that the west London outfit are capable of winning a domestic and European double, albeit while admitting that they still have plenty of room to develop as a team.